The OECD Guidelines define a number of methods that can be used to determine arm’s-length prices for intra-group transactions. These methods are categorized either as traditional transaction methods or transactional profit methods.

The OECD Guidelines in total discuss five specified methods that may be used to examine the arm’s-length nature of the intercompany transactions. The five transfer pricing methods as specified by the OECD are described below. 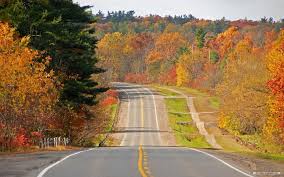 The cost-plus method is typically used to test the activities of manufacturing entities by comparing gross profits to cost of sales.

The cost-plus method is less likely to be reliable if material differences exist between the controlled and uncontrolled transactions with respect to intangibles, cost structure, business experience, management efficiency, functions performed and products.

A reasonable number of adjustments may be made to compensate for the lack of comparability between controlled and uncontrolled transactions in inventory turnover, contractual terms, transport costs, and other measurable differences.

The resale price minus method (“RPM”) is normally used to test gross profits earned by sales and distribution entities. This method compares gross profit relative to the turnover of the tested party to gross margins earned by comparable third parties.

Where transactions are very interrelated it might be that they cannot be evaluated on a separate basis. Under similar circumstances, independent enterprises might decide to set up a form of partnership and agree to a form of profit split. Accordingly, the profit split method seeks to eliminate the effect on profits of special conditions made or imposed in a controlled transaction by determining the division of profits that independent enterprises would have expected to realize from engaging in the transaction or transactions.

The profit split method first identifies the profit to be split between the associated enterprises from the controlled transactions in which the associated enterprises are engaged. It then splits those profits between the associated enterprises on an economically valid basis that approximates the division of profits that would have been anticipated and reflected in an agreement made at arm’s length. The combined profit may be the total profit from the transactions or a residual profit intended to represent the profit that cannot readily be assigned to one of the parties, such as the profit arising from high-value, sometimes unique, intangibles. The contribution of each enterprise is based upon a functional analysis and valued to the extent possible by any available reliable external market data.

The transactional net margin method (“TNMM”) compares the tested party’s net profitability on a controlled transaction to the net profit obtained by broadly similar uncontrolled companies on similar transactions. The OECD Guidelines state that the TNMM may be a practical solution to otherwise insolvable transfer pricing problems when used sensibly with appropriate adjustments to account for any material differences between transactions. Also, the degree of comparability required to apply the TNMM is less stringent than what is necessary under other methods. A primary benefit of the less stringent comparability standards is a significant increase in the number of arm’s-length observations available to establish the arm’s-length remuneration of the entities tested.

The profitability margins used for the comparison are often referred to as profit level indicators (“PLIs”). PLIs are ratios that capture relationships between profits and costs incurred, revenues generated, or resources employed. Below, a few commonly applied PLIs are described:

Net cost plus the margin

The operating profit margin (“OPM”) is the ratio of EBIT to turnover. The OPM is generally the preferred PLI for sales and marketing activities of a distributor. Where the level of sales can be a reliable forecast, the OPM is often used to establish transfer prices to be earned by a sales and marketing entity.

For the calculation of Berry Ratio the numerator, i.e. gross profit equals sales minus cost of goods sold divided by the number of years, depends on the accessibility of the data. In this case, that cost of goods sold information is not available, the accepted practice is to substitute costs of goods sold with material costs in case the former is not accessible.

If you are interested in Vinasc’s transfer pricing services, please contact us at the information below. We will send a letter of quotation for your consideration inconvenience.